Our family was able to have some days together February 6th – 10th in the jungle.  This blog post is going to be mainly photos, so we can share our trip and all the interesting things we got to see and enjoy.  (Photo credits go to Ron and Sarah) 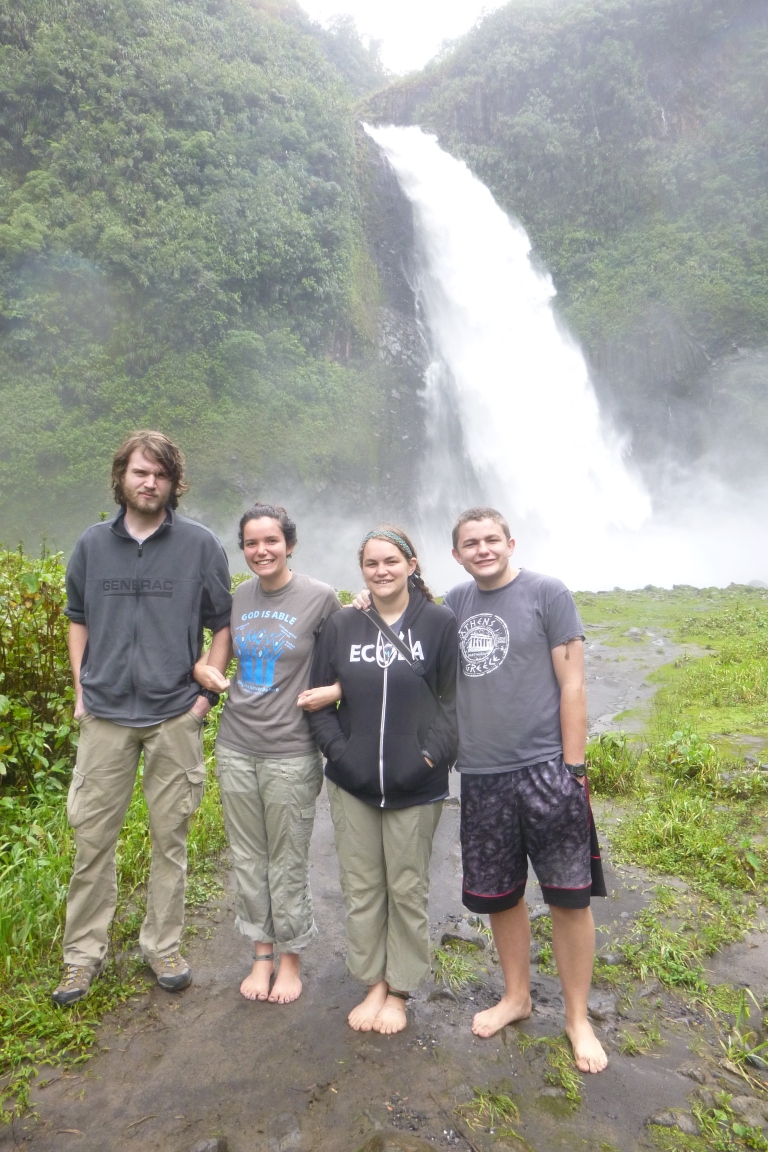 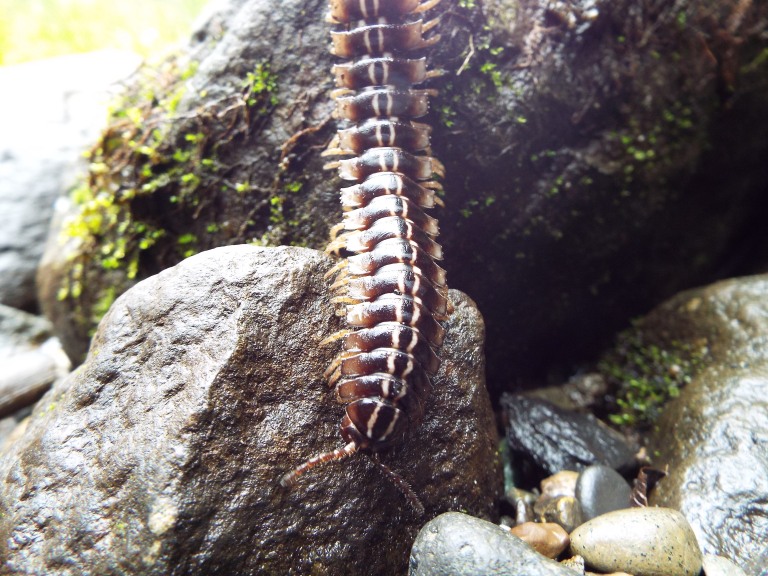 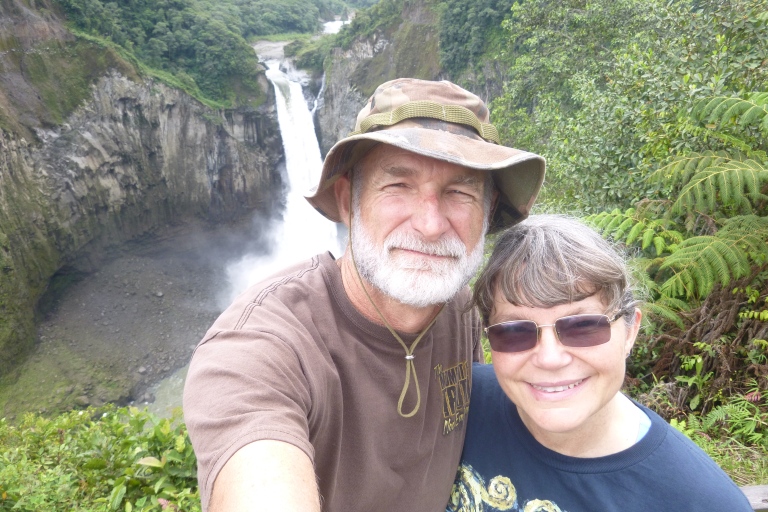 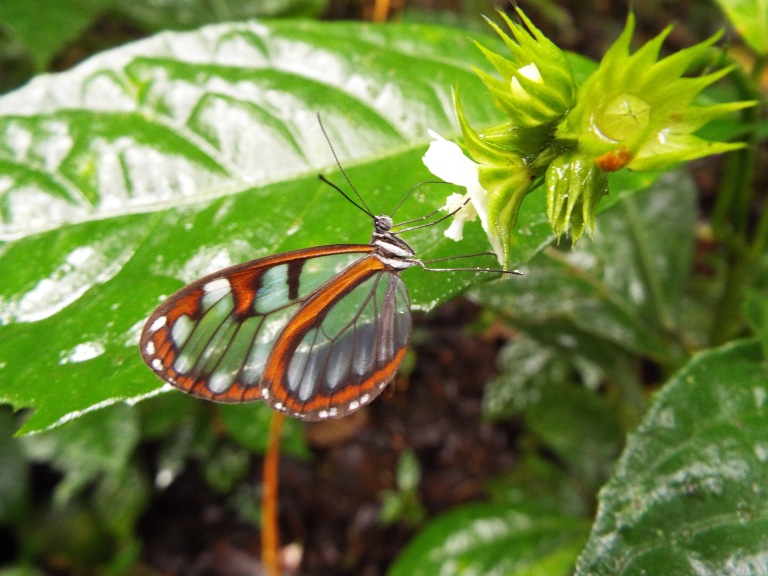 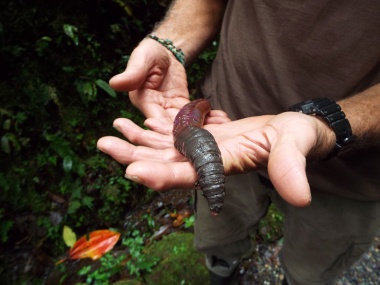 We found a small Giant Earthworm on the walk down to the waterfall!  And I want to note here that Ron, Sarah and I saw an Andean Cock-of-the-Rock, a beautiful bird of the Andean cloud forest that we have rarely seen.  No, we were not able to get a photo of it, so you might want to google it.

A daytime jungle rodent called the agouti or guatusa

We stopped by a stream for lunch and then by a swinging bridge that spans the Aguarico River! 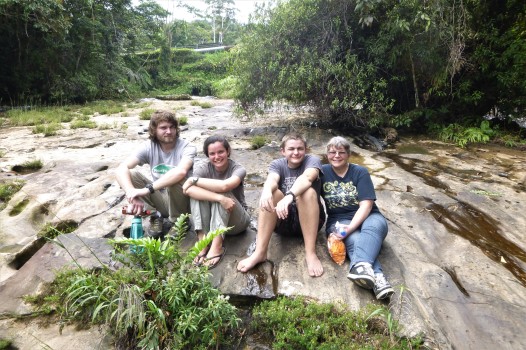 We arrived in Dureno, settled in at our old house and then Ron and I went into the village to visit some longtime friends… 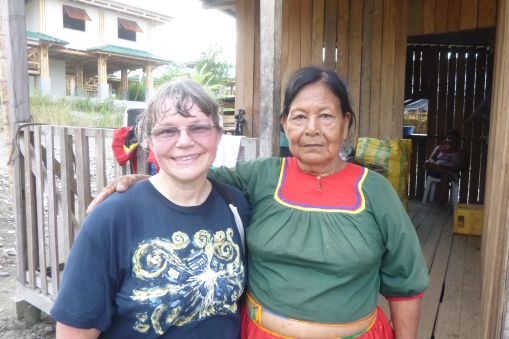 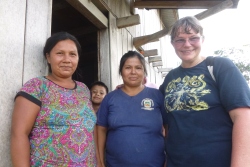 The next morning, we woke to the sounds of a quick jungle rain shower passing by, birds in the yard and red-titi monkeys in the distance.  We went across the river, drove two hours down the river, and just past Tarapoa arrived in Mercedes/Union where we caught the “turno”, the government run boat-bus system that was actually free!  Of course, there was a very interesting combination of cargo and passengers packed on board including baby chicks, bags of cement, tools, groceries and some men who were determined to have a drunken party right on board! 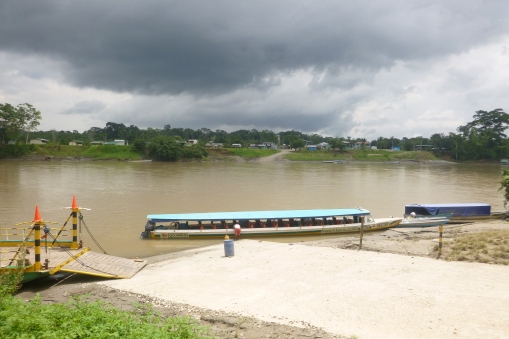 The “turno” is more or less a bus, so we had many stops along the way and didn’t arrive in Zabalo until after dark.

The next morning, we woke, ate breakfast and loaded up in another fiberglass canoe to head up one of the side streams of the Aguarico River named the Zabalo.  It is a “black water” stream with a concentrated amount of bird-life, animal-life, butterflies, and great fishing! 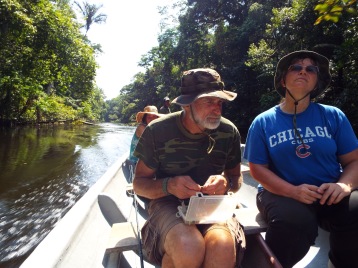 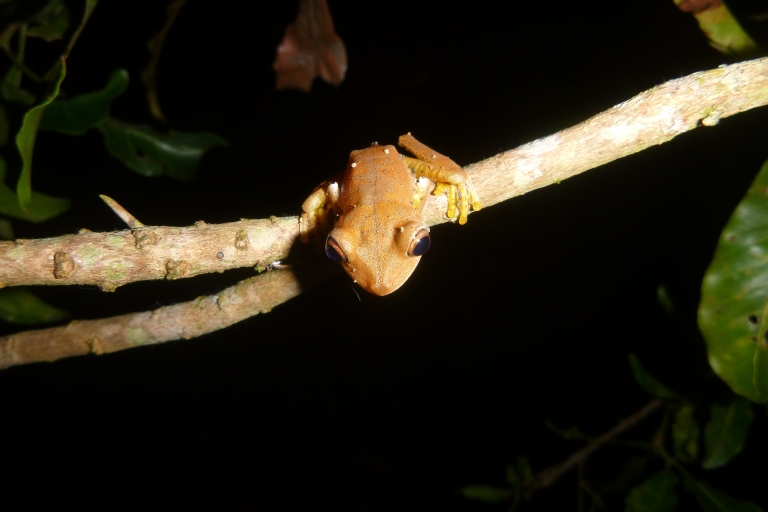 Did I mention fishing? 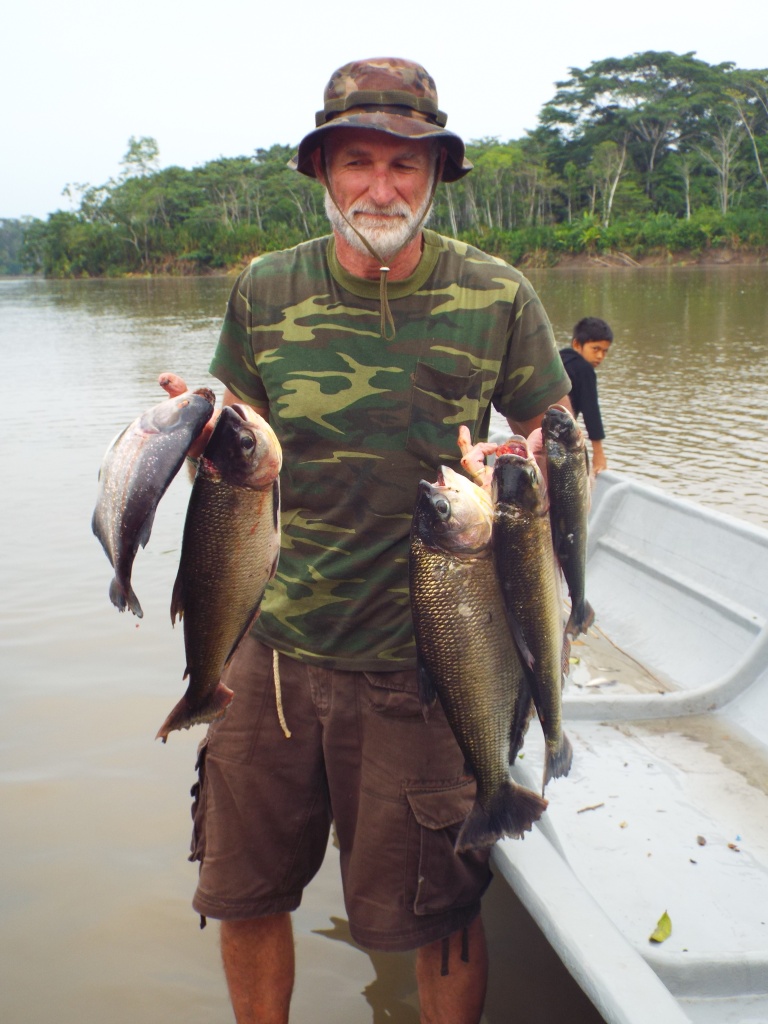 We ended that day with a delicious fresh-fish dinner.  (And, yes, piranha taste great fried up!) 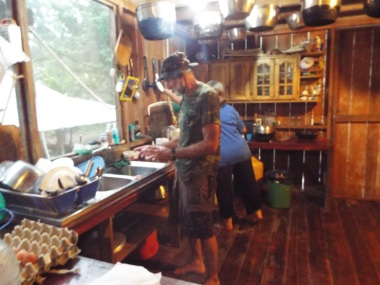 The next morning, the first thing we did was eat some breakfast and enjoy the chatter of our great-nephew, Nigel… 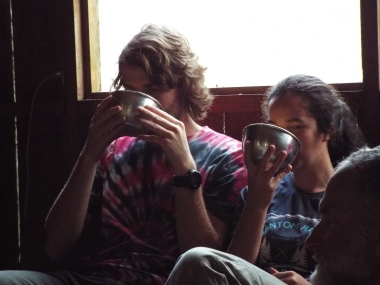 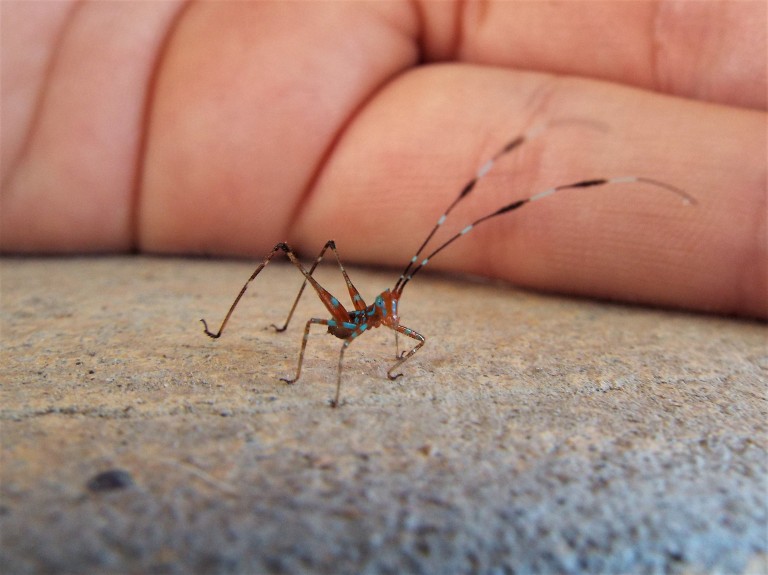 Then some of the gang went on a jungle hike out back of the Zabalo village, and  had fun doing some chonta fruit gathering – YUM! 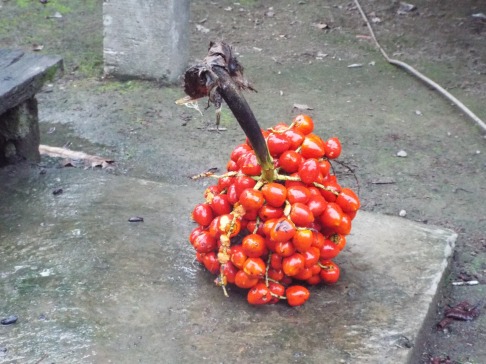 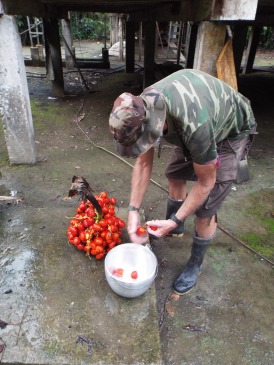 In the afternoon we had a gathering of some of the children in the village for a Bible lesson and some games. 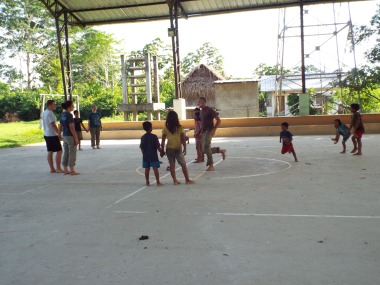 Later that evening after another dinner of fresh pacco/pacu (the large silver fish Ron caught), Ron set up the projector and showed a movie.

The next morning we woke early, packed and got into another Cofan fiberglass boat creation and headed back up river to Mercedes/Union

We hopped back into our car waiting for us at Mercedes/Union and drove back home, still enjoying some of the wildlife in the marshy areas along the way.

We hoped you enjoyed sharing our trip!