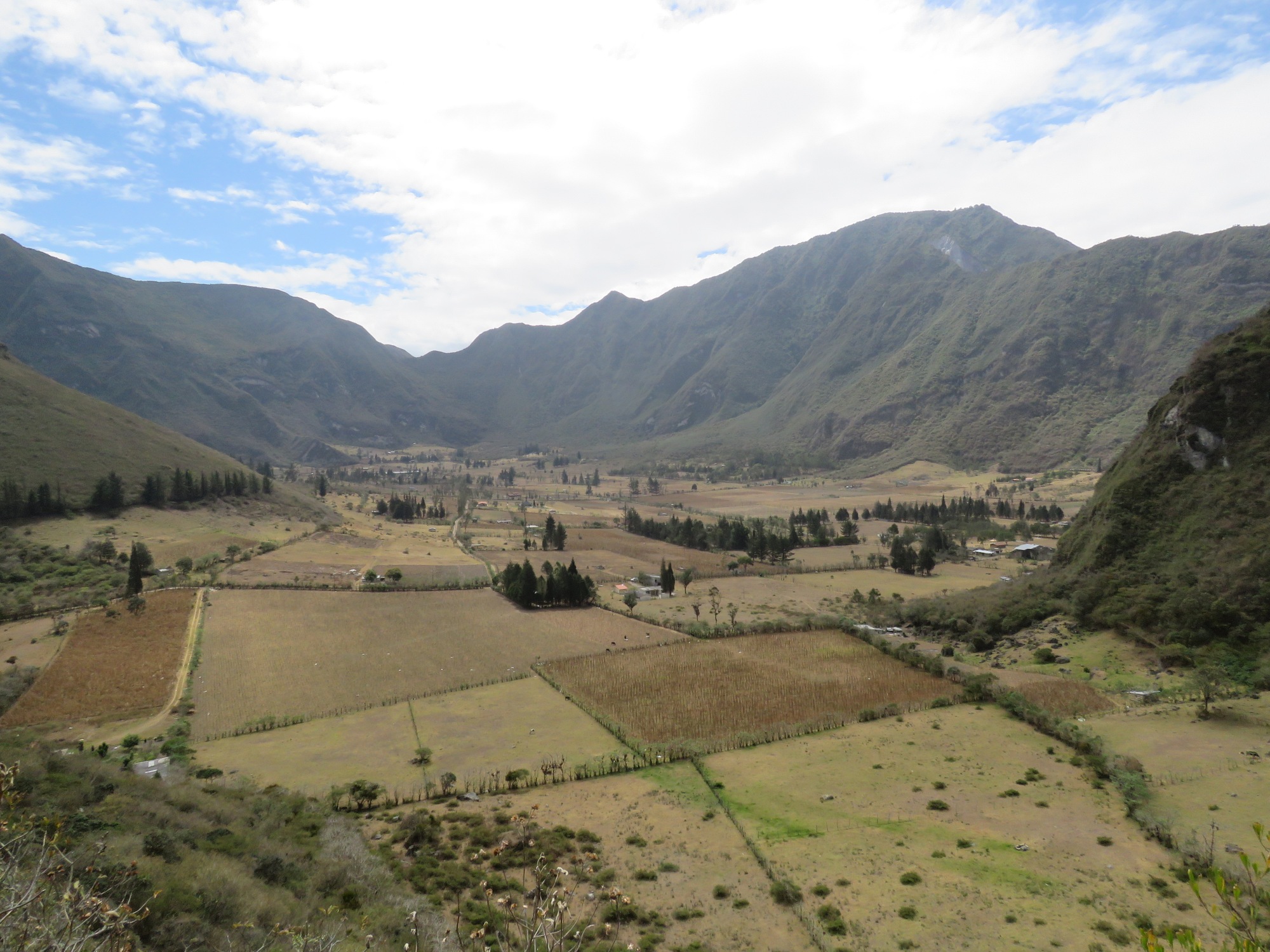 It is hard to believe we are already over half way through August! The school and vacation schedules here are very similar to that in the States, and most of the schools will be starting up their year the last week in August or beginning of September.

Our last update left off after having our mini-family reunion. Our son Ethan and his lovely wife Leanne stayed on a couple weeks longer, helping with some ministry in Sinangue for a few days and then we all went down to the beach, along with Ron’s nephew Greg, wife Sarah and their little baby Jude. God is good!

The rest of July went quickly with doctor’s appointments here in Quito. Not for us, but for Ramon’s (church leader in Sinangue) wife Dora, who started having some abdominal pain and fevers while they were here in the city. After several doctors and some tests, it was found she had a kidney infection – easily treated with antibiotics. We are thankful! After the stressful week of medical visits (and some recovery time), we celebrated by taking their family to the Quito Zoo. It was a treat for all their family, especially little Jenifer!

Some longtime friends, Jon and Jeanne Linskoog stopped by for an overnight the end of August before they headed to the States. They had been spending time in the Pastaza jungles and jungles to the north with the Chachi people – the people group Jon spent part of his childhood with as his parents worked with them. It was great catching up and sharing ministry ideas.

Early August saw Ron getting back into his bi-monthly jungle trips. He had great visits to all three villages and was able to get out several more Proclaimers into the hands of the people.

This will be Esther’s first year of not homeschooling after 25 years! Wow! She loves teaching, so already she’s missing it. However, God is giving her some other interesting opportunities. She will continue with her Sunday school classes and women’s Bible study on Tuesday afternoons, but we shall see what else God has in mind. One project she started is keyboarding letters she wrote home between 1987 and 1996. Esther’s mom kept those letters through the years and recently gave them back. This was our language school and the early jungle years. Wow! It’s been interesting reliving those years through letters. Not sure yet what we will do with them, but we will at least share them with our kids since they take up some of words on the pages. The biggest take away is how God has been so faithful over the years and seeing the way He worked.

Last weekend, August 16 – 17, Ron took out a few of the young men that attend our Teen groups, along with some of their fathers (and even a grandfather!) camping in the Pululahua Crater. Camping is not something common here, so we had to loan sleeping bags and tents, but the group really seemed to enjoy the beautiful setting of the rustic camp, devotions, and hiking some of the trails. It is a great way to get to know some of the teens and their families that we work with here near Quito. Two Colombian families were represented in the group and had a nice time getting to know each other. What a blessing!

The rest of the month will be full of meetings, as we start up some of our ministries. Ron has another jungle trip planned August 21 – 24 and our first Homeschool Teen Fellowship meeting for the school year is August 30th!

Also, our dear daughter Sarah plans to return to help with ministry again this fall, arriving mid-September and staying until early December.

Prayer Request: Some of you might remember Martin from Dureno. His wife has been ill and in pain and the doctors in the jungle found out it’s a gall-bladder problem. She was scheduled for surgery earlier this month, but then the doctor left unexpectedly on vacation. Now the government medical system says she’s back on the waiting list for the procedure 3 months from now – that’s socialized medicine for you! They have started going to a private clinic to get her some help, but if the clinic does the surgery, it will be around $1,200 – several paychecks for their family. We are prayerfully considering helping them out and will try to let you know how things go.

Looking ahead further, it looks like we will be hosting a small work-team mid-October from one of our supporting churches.

Until next time – we appreciate your prayer.